None of us like to think of our pets carrying worms. Intestinal parasites concern us as owners as they can cause discomfort and illness in our pets. Keeping our pets worm free is not only important for their health, but for the health of our families too.

In the United Kingdom there are four common types of intestinal worms that infect our cats and dogs: roundworms, tapeworms, hookworms and whipworms.

How Does My Pet Get Worms?

How Do I Know If My Pet Has Intestinal Worms?

When we think of worms we often imagine long thin tapeworms, however most adult worms are rarely seen.  It is therefore not possible to know if your pet has worms just by looking at them and their faeces. Detection requires microscopic examination of faeces for worm eggs.  For this reason the use of regular preventative treatment is strongly recommended.

What Symptoms Will Intestinal Worms Cause?

A disease or infection that can be transmitted to humans from animals is called a zoonosis. Several intestinal worms found in cats and dogs in the United Kingdom are zoonotic. 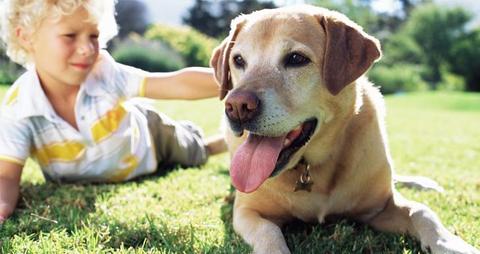 The roundworms Toxocara canis and Toxocara cati, found in dogs and cats respectively cause toxocariasis in people.  Toxocariasis is rare but affects mainly young children as they are more likely to come into contact with eggs in faeces and contaminated soil, and to put their hands in their mouths. Once ingested the eggs hatch inside the human bowel and the larvae can travel throughout the body. These larvae moving through the body can cause a cough and fever, or more severe symptoms such as loss of vision, fatigue, breathing difficulties and seizures.

Regular worming treatment of cats and dogs and immediate disposal of faeces, as well as regular hand washing will help to reduce the risk of toxocariasis,

Some species of tapeworms found in cats and dogs are also zoonotic. The most concerning of these is Echinococcus multilocularis, this worm is not currently found in the United Kingdom but is common in continental Europe.  Dogs infected with E. multilocularis appear to have no symptoms, but the infection can be deadly in people. For this reason, it is very important to ensure your dog is regularly wormed if you have travelled to an infected area. Your vet will be able to give you more information about which precautions to take against this parasite.

Intestinal worm eggs are common and widespread in the environment. Almost all dogs and cats will be infected at some point during their lives. High rates of infection and a lack of obvious symptoms is the reason regular worming treatment should be given to all cats and dogs.

Drontal for dog and cats kills every type of intestinal worm commonly found in UK cats and dogs, dosing every three months will be sufficient control for most pets. Flea control is also necessary to prevent reinfection of tapeworms.

Pets with no access to the outdoors should still be treated every three months as eggs will still be transferred into the home by shoes, bike and buggy wheels.

High-risk pets, including puppies and kittens younger than 6 months, pregnant and lactating bitches and queens, as well as hunters and those eating raw meat may require more frequent dosing.  You can discuss your pet’s worming needs with your vet.

Removing pet faeces immediately and cleaning the environment will help to prevent an accumulation of worm eggs.

At Protect My Pet, we want to make parasite prevention as easy as possible. Infrequent dosing of flea and worm treatments and poor quality products allow worms to multiply within your pet, affecting their health and well being. With our service you will never forget to treat again because when it arrives in the post, it’s time to dose.

If you’re not already using our hassle-free service, you can join our pack today here. 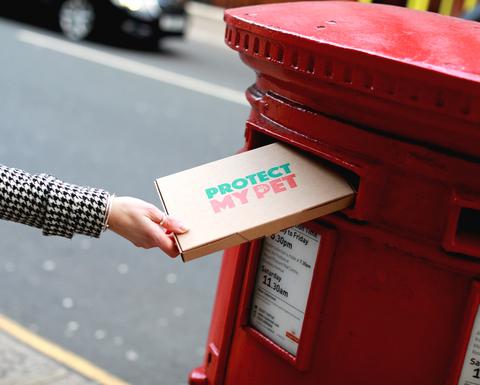